It’s a good year to inject some humor into our lives.

After his half birthday, April Fool’s was my husband Chris’s favorite day of the year. With a birthday wedged between Christmas and New Year’s Eve, he had given up on a celebration that didn’t look like the holidays or feel like an afterthought.

Somewhere along the way, he learned of half birthdays and seized on the idea. For a numbers guy who spent his days on spreadsheets, he was surprisingly good at promoting his “other” birthday. He’d mention in January and February that June 29 was coming up. He’d mention in March and April that June 29 was just around the corner. He’d drop hints in May of a special meal, an activity, that we should begin planning.

But June 29 was a long way off. What better diversion than to zero in on April 1. As with half-birthday plans, he began thinking about his own plans for April Fool’s Day well in advance. Often we collaborated to pull a prank on the kids.

One year he took all of Anna’s underwear (she was in junior high) and hung it in the bare branches of a tree outside. She didn’t find it funny. The next year, she retaliated by putting rubber bands in his underwear, which he claimed to keep finding for months afterwards. He did think it funny.

Another year I put jelly beans in the split pea soup and pennies in the cornbread.

Once he put cellophane across the toilet bowl, salt in the orange juice (it’s disgusting), glue in the soap dispenser (even worse).

But his best April Fool’s prank he played on his coworkers. He was invariably the first one into the office, so it was easy to set up. He made 100 photocopies of his face, then placed these sheets in the paper tray. When anyone used the copy machine, there was Chris’s face looming up from a letter, a budget, or a meeting agenda.

As with his half birthday, Chris loved the idea of fooling others for fun. Both gave him a chance to tease. Both gave him license to be a bit outrageous, even naughty. 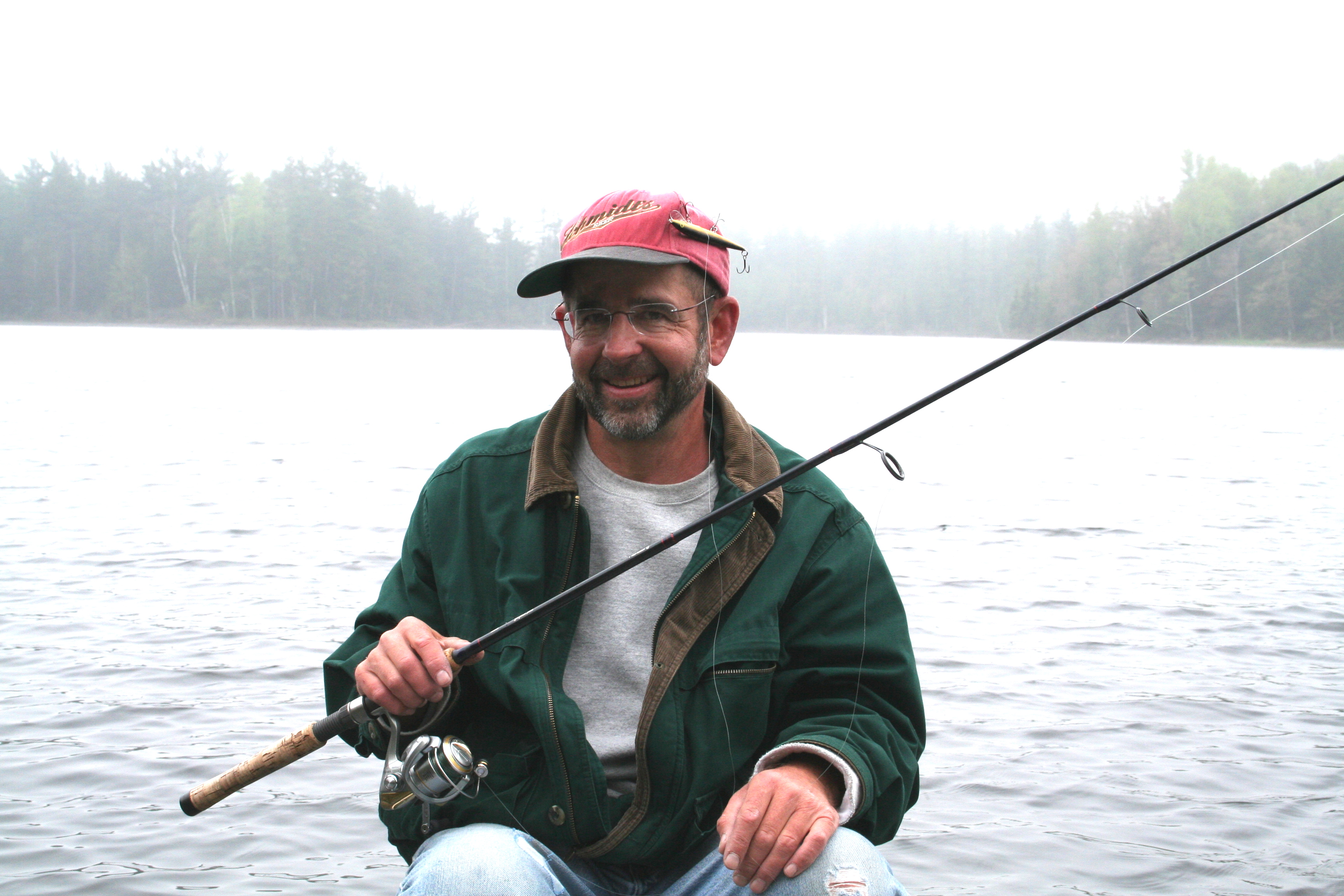 Chris gave as much as he took. A miscast snagged his lure in his cap.

After telling my mother of Chris’s prank one year, she admitted that she used to put rubber bands in her brother’s sandwiches. Then, in response to a text this morning reminding my children of the photocopy trick Chris played at work, my son replied, “I definitely used that trick as a teacher!”

Fun may not fall far from the tree. I can’t think of a better year to inject some humor into our lives. Or a better day (except June 29) to remember him.