Silence as the source of transformation

I sat down recently with friend and mentor Ruth Halvorson to celebrate the publication of her new book, When the Heart Is Stirred: The Transforming Power of Silence. It tells the history of the ARC Retreat Community that she envisioned. Here are excerpts from our conversation.

L: Why a retreat center?

R: I had an experience in 1972 that stirred my heart to do something like this. My husband and I and family moved to Geneva, Switzerland, where he was starting a department of peace and justice at the ecumenical center on behalf of Lutheran World Federation. Days after our arrival we were invited to a welcome lunch. There I met two women who invited me to a retreat. I thanked them but said no, I had too many things on the home front to do to get settled and get our 5 children enrolled in school. But they had powerful persuasive abilities and, surprising myself, I went. 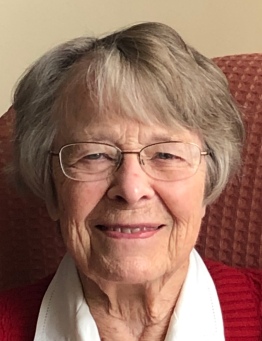 It was a 3-day silent retreat at the Sisters of Grandchamp, the sister community to the Brothers of Taize. I had never been on a retreat. The whole setting, steeped in the understanding of silence, was transforming. It felt real and good but I didn’t know what it meant. The inspiration for ARC began in the womb of that silence.

L: Your title intrigues me. I just finished a memoir that’s also about silence, but a very different kind. For me, it was feeling silenced as a person. Explain how you understand silence in the context of your book and ARC.

R: My childhood prepared me to receive this notion of silence as transformative. I was the youngest of 7 children. The sibling next to me died when I was not quite 4. There was a break of almost 7 years between me and my next sibling, a sister. So my siblings were gone, in high school or college, by the time I went to school. I spent a lot of time alone. I attended a 1-room country school and we lived on a farm. In clement weather I walked home, all alone, 3 miles. It was those long walks on the prairie that prepared me to receive the solitude 45 years later.

L: Does silence have to do with listening?

R: It has a lot to do with listening. Silence opens you to that possibility. You’re freed from extraneous noise and preoccupation.

L: My memoir is about a woman who has struggled to claim her voice and to believe that what she has to say matters and has value. Her doubts and insecurities undermine her again and again. Your gentle, soft-spoken way suggests you are a woman who is timid, unsure of herself. We both know that’s not true. One of the things I so admire about you, Ruth, is your inner strength and courage. Have you always felt the power and the freedom to speak what is in your heart?

R: I don’t think I’ve always had that courage. When I was a girl I did have some dimension of myself that reacted to things that I didn’t think were right or just. I felt that I was born with a feminist gene, and I would see certain relationships that didn’t seem to be fair or just or kind or good. I would comment to my mother about them and the need to change. Her response was, “Let’s not cause any trouble now.” That always stayed with me.

I was a timid little girl. I didn’t speak up in groups. But I’ve gotten more confident in what I believe and in my own truth. Silence helped me discover the God within. I used to think that God was up there, out there, over there. Then I realized that I am the temple of God, and that I was created good and for good. It’s taken a long time to believe in my own truth.

L: Our husbands both died 10 years ago. Since then, we’ve talked a lot about being alone. Has widowhood changed your understanding of silence, or added another dimension to it?

R: I don’t know that it’s changed my understanding, because silence is still a resource and a place I go to. But preparation for widowhood was aided tremendously by the hospice people who cared for Loren over 5-1/2 months in our home. Speaking of death and dying so directly opened it up to me in a new way. It ceased to be such an enemy as it once had been. That was a real preparation for me, as opposed to people who lose their spouse suddenly, as you did. Loren and I had a chance to talk about what we wanted and needed to talk about. After he died, I decided that I wanted to live more with gratitude than with lament. That helps to change the day.

R: All the things you spoke about, what we think we have to do in order to receive love, I have gone through myself. But in sacred silence, you feel so embraced. That embrace tells you that you are loved. We still struggle with “Am I worthy,” and “Am I this or am I that.” A lot of that spirals back to the early theological words we heard. Original sin. I don’t think of original sin but original blessing. I don’t need to be told I’m bad or I’ve failed. I know that. What does encourage me is to know that I’m loved and supported and held. That gives me the incentive to do things and move forward.

L: It sounds like sacred silence is what brings you closer to the divine. The silence I experienced did the opposite. It created a bigger distance between me and who I was created to be. What a difference. It seems so important to have places like the ARC for spiritual renewal.

R: Some people who go on retreat are afraid of being confronted by their inner self and the shadow side within. But when we do, we realize the benefits to opening up our spirit and to understanding who we are. It’s something we don’t conquer once. We continue to doubt and always will.

L: What words of encouragement would you offer women who have felt silenced in their lives?

R: I think we need first to understand that calling forth our own truth is slow. We have to be intentional about it. For women who have been silenced, it’s been built into their system so deeply that they somehow feel they’re doing something that isn’t right by speaking their own truth. But by speaking our truth, we realize that something happens within us. We realize the strength that comes.

Only after I was home and read Ruth’s book did I see a connection I’d missed earlier. Ruth and I write about a different kind of silence, but both of our experiences with silence led to transformation. Hers called her to create a community where people can enter into sacred silence. Mine led to a search for the person I had never believed was worthy of being loved. In our own ways, we listened to the truth in our hearts.

3 thoughts on “Where Change Takes Place”